So hands up who wishes they were in the Alps this week?

For some of this… 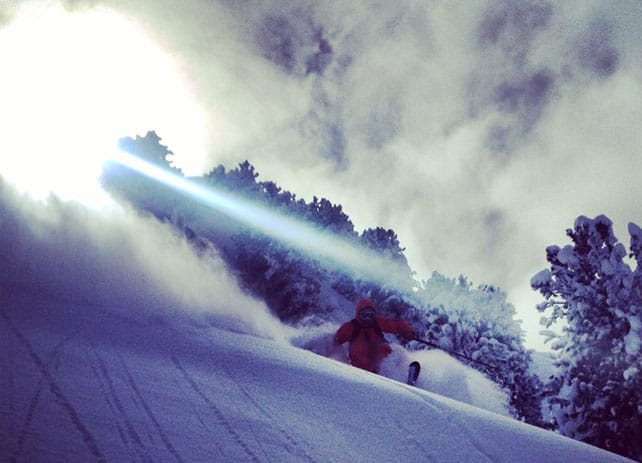 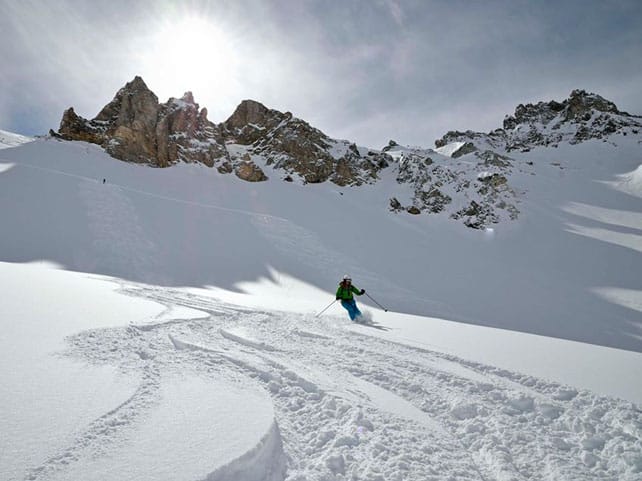 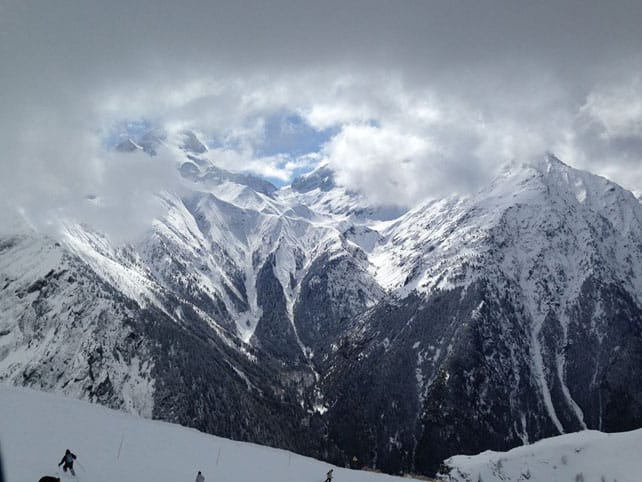 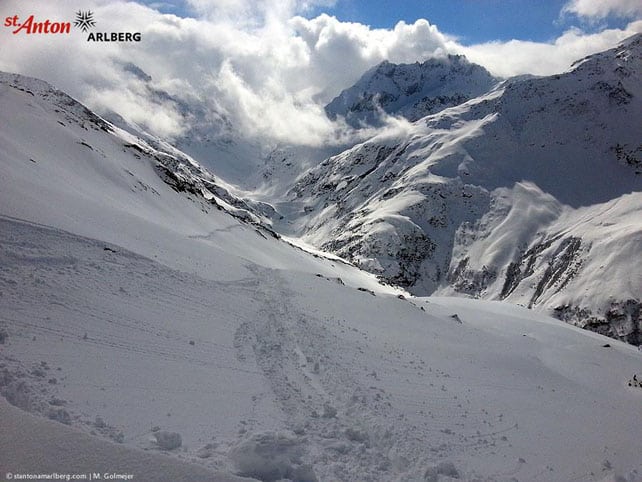 Oh yes, and some of this… 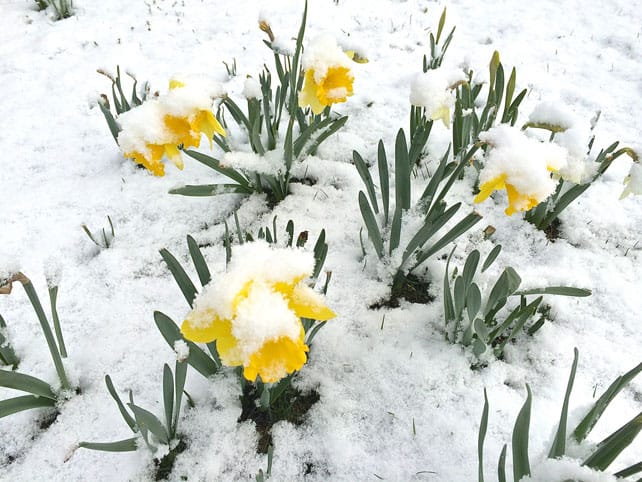 Daffodils in Bourg St-Maurice, as seen by John Yates-Smith of YSE. Photo: yseski.co.uk

As you’ll have probably seen from Monday’s Snow Report, there was a big dump in the northern Alps last weekend, with many resorts getting half a metre of  snow. Temperatures were low for late March too. So as soon as the sun came out, the powder party began.

Needless to say, the pistes have been in superb condition too, although it’s worth saying that on south-facing slopes the strong spring sunshine quickly got to work on the snow. This is particularly noticeable off-piste. As the Tirol’s avalanche service put it earlier today: “The snowpack surface on sunny slopes is moistened up to high altitudes, creating widespread melt-freeze crusts.” However, it adds that “Powder is still evident on wind-protected, shady, steep slopes above the treeline.”

Today, there’s some snow falling in the south-western corner of the Alps, but elsewhere the skies are clear, and at least five days of sunny  weather are predicted in the Alpine forecast. A significant thaw is on the cards this weekend, too – with the freezing point likely to hover between 2600m and 2900m across the region. So the rule of thumb remains unchanged: aim high – and check out our guide to the best resorts for spring skiing for advice on where to go.

There’s no sign of another dump of snow in the immediate future. However several mid-range forecasts are suggesting a breakdown in the weather at the end of next week: which could mean fresh snow in time for the Easter holidays. Fingers crossed Mother Nature delivers!

Here’s a quick sample of the webcams today, starting with Montgenevre in the south-west, where rather wet snow is falling at resort level this morning. Here the cover is currently 140-190cm deep, depending on altitude. 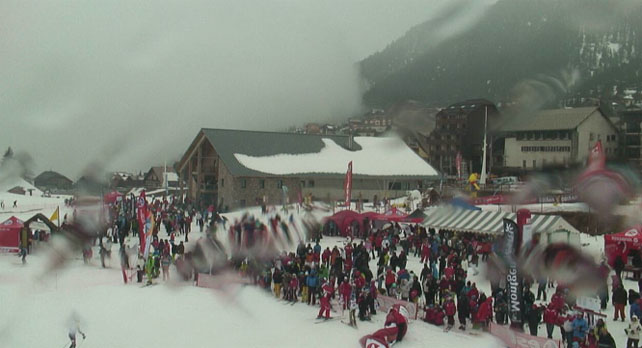 Meanwhile, pictured below is the scene in Serre Chevalier this morning, where the snow is 45-235cm deep, depending on altitude. 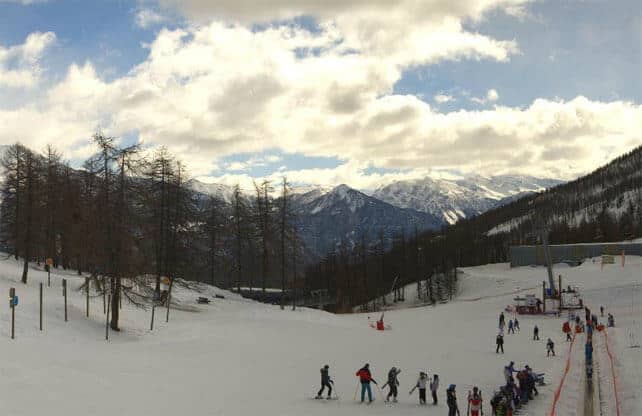 Pictured, below, is high-altitude Tignes, where the snow is 100-200cm deep, depending on altitude. 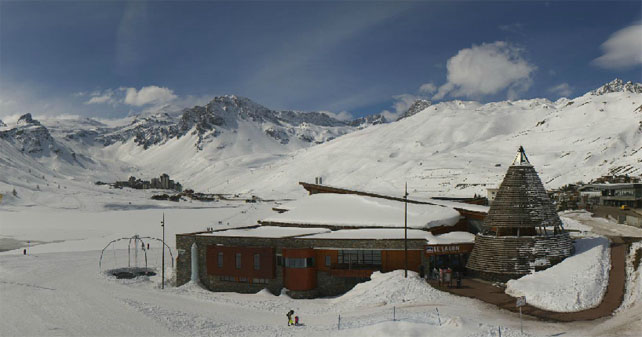 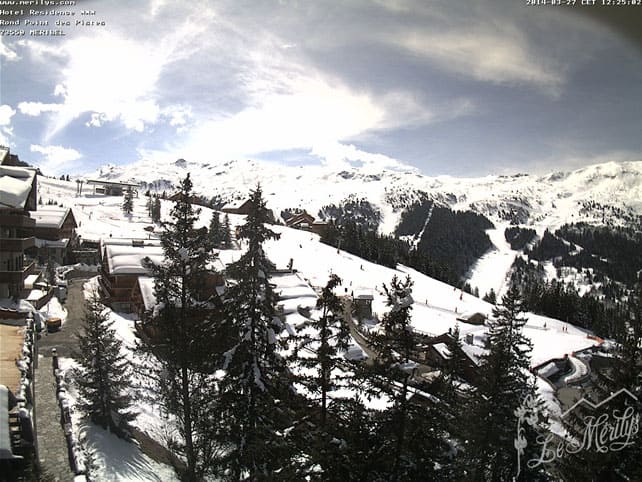 Pictured below is Verbier, where the cover on-piste is 30-183cm deep. 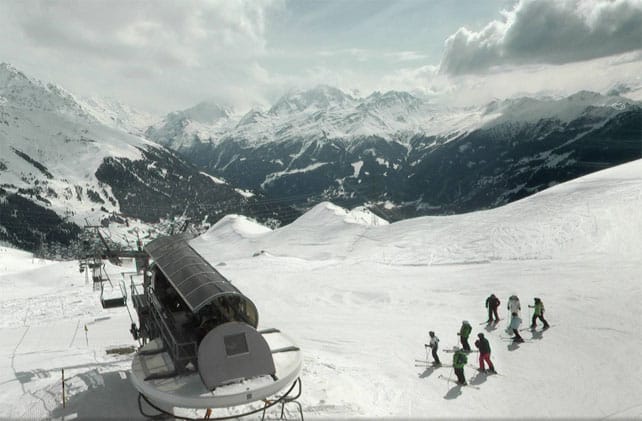 Below is Ischgl, close to the border with Switzerland. 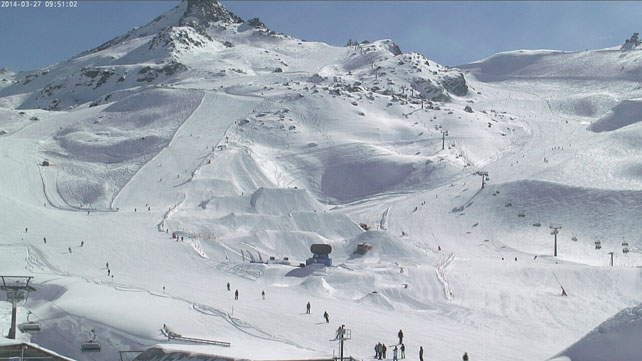 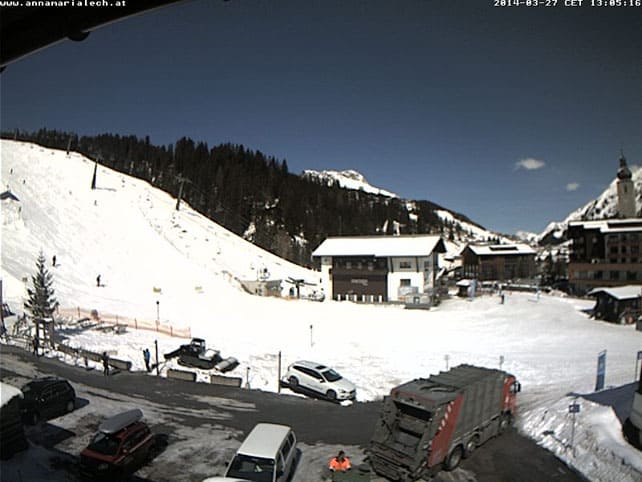 And, finally, below is Madonna di Campiglio in the Brenta Dolomites, where the snow is 160-265cm deep. 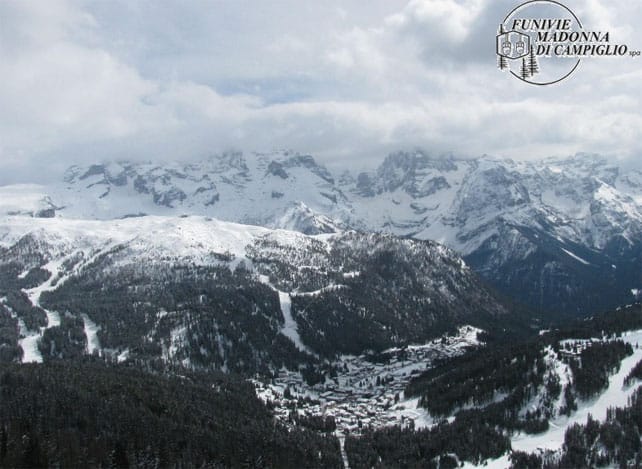 Fresh snow in the Pyrenees

There’s been fresh snow in the Pyrenees: 20cm overnight in Baqueira, in fact. As a result, the snowpack is now 145-325cm deep on-piste, depending on altitude.

Here’s how the slopes were looking this morning. 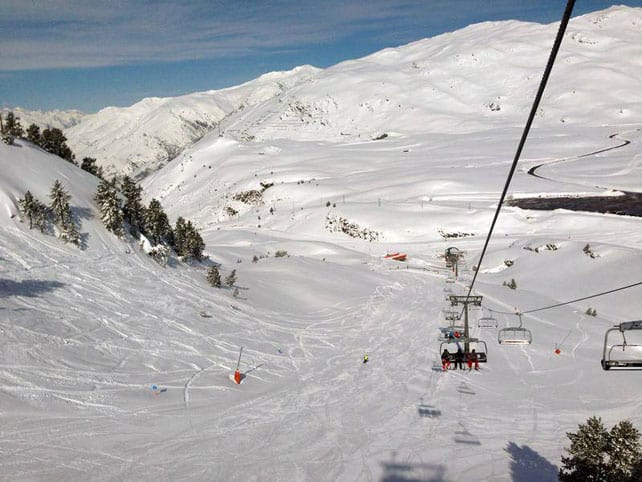 Heavy snow to come in the western US

The forecast is looking promising in the resorts of the American west. California has already started notching up snow, with little Kirkwood – one of my favourite backwoods ski areas – reporting 40cm by close of play yesterday. According to local snow forecaster Bryan Allegretto the Tahoe resorts could see more heavy snow on Saturday and Monday, too.

The snow is going to push inland to the Rockies too. Utah is looking forward to three storms in quick succession. So too Colorado.

There’s been snow in the Canadian Rockies too: pictured below is Lake Louise yesterday – which claims 23cm in the last 48hrs. Here the settled snowpack is 199cm deep, mid-mountain. 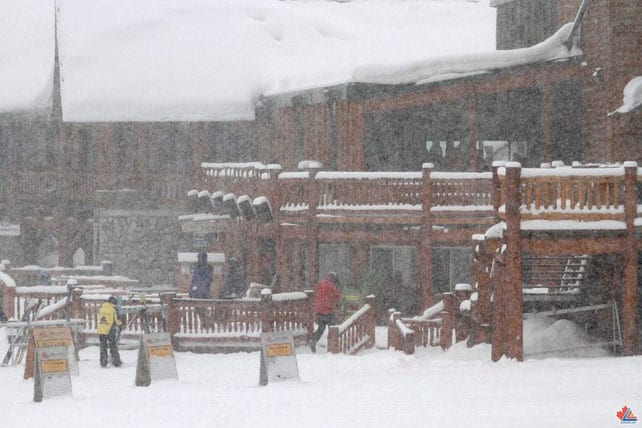 One Response to “Snow Report, March 27”