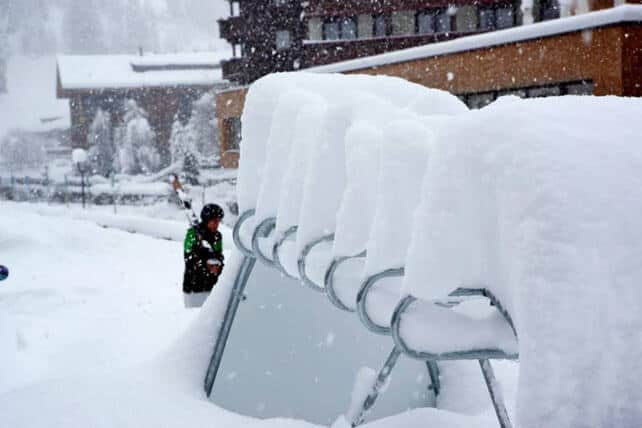 The forecast was spot on. It snowed hard at the weekend – and conditions in the Alps have leapt back from late spring all the way to mid winter.

Austria and south-eastern Switzerland have had the best of it – and the snow will continue falling there until this evening. The Tirol’s excellent avalanche service reports that, “Over the last 2 days there has been intensive snowfall in some parts of Tirol, widespread 30-50 cm, along the Main Alpine Ridge at high altitude as much as 75 cm, from place to place even more.”

According to the Swiss avalanche service parts of the Engadin valley (home to St Moritz) have had 80cm of snow, although in most places 30-60cm is more common.

In France, many resorts report 20-50cm. Fresh snow fell in Italian resorts close to the main Alpine ridge, too – although not in the same quantities as seen in the north.

Here’s a sample of the webcams and Facebook shots from both this morning and the weekend, starting in Austria. Pictured, below, is Hochfugen, in the Zillertal, on Saturday – courtesy of Czech company Freeridecamps.cz. Here, the settled cover is 55-100cm deep. 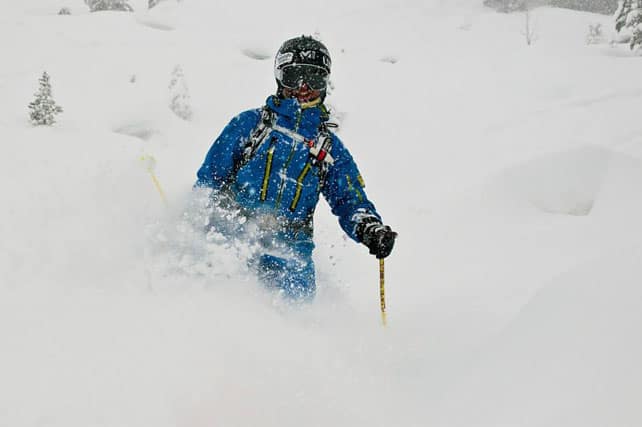 Meanwhile, pictured below was the scene on the Stubai Glacier yesterday, where 60cm of fresh snow fell during the storm. On piste, settled snow depths are now 50-350cm deep, depending on altitude. 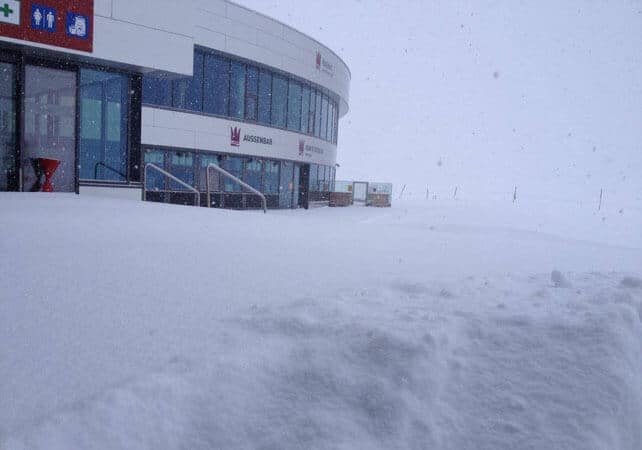 Below, was how it was looking in Kitzbuhel yesterday. Here the snow is 39-75cm deep. 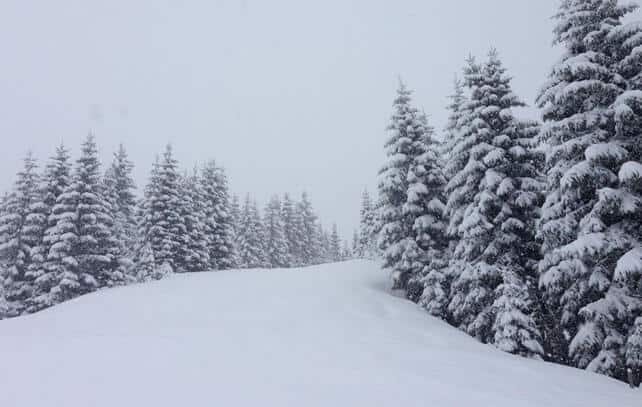 Pictured below is Warth-Schrocken today, which is linked to the Arlberg ski area (home to Lech and St Anton). The snow here is now 120-155cm deep. 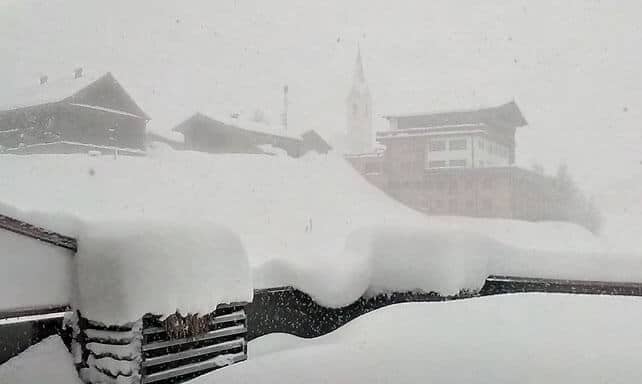 Pictured below is the Engadin Valley – home of St Moritz – this morning. Here, the snow is 140-221cm  deep, on-piste. 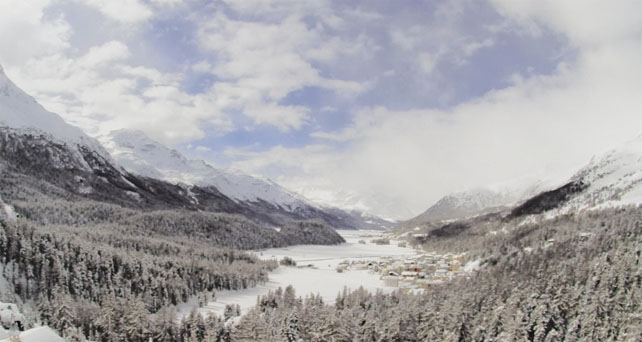 Pictured below is Madonna di Campiglio, in the Brenta Dolomites, which had 24cm of fresh snow at the weekend, and reports settled cover 160-250cm deep, on-piste. 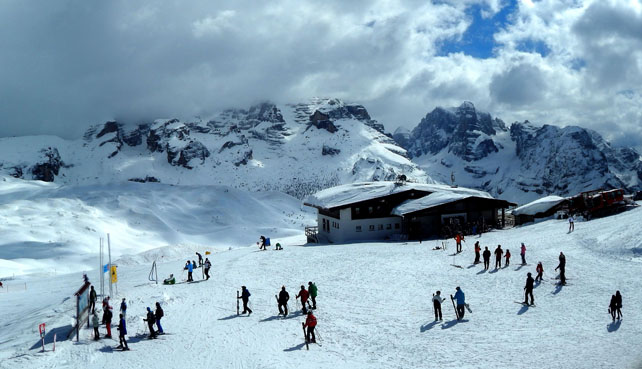 Below is how it was looking in the hamlet of Findeln, above Zermatt today. There was less snow here than in the east, and the cover is very thin on the lower runs, still, in the wake of the thaw. Higher up, however, there’s plenty of snow. It’s up to 210cm deep on the higher pistes. 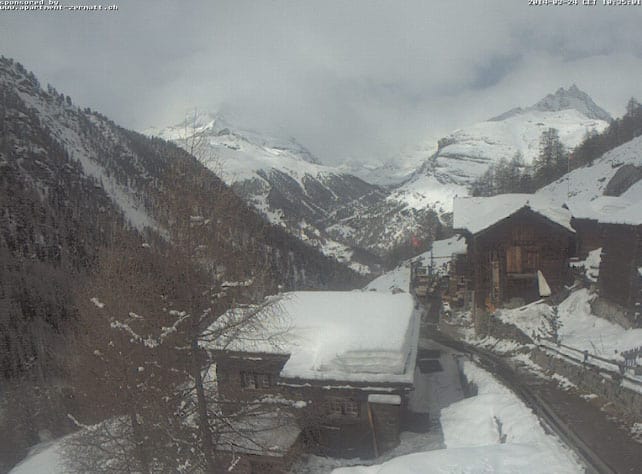 Below was the scene in Chamonix on Saturday, courtesy of British ski school Powderama. 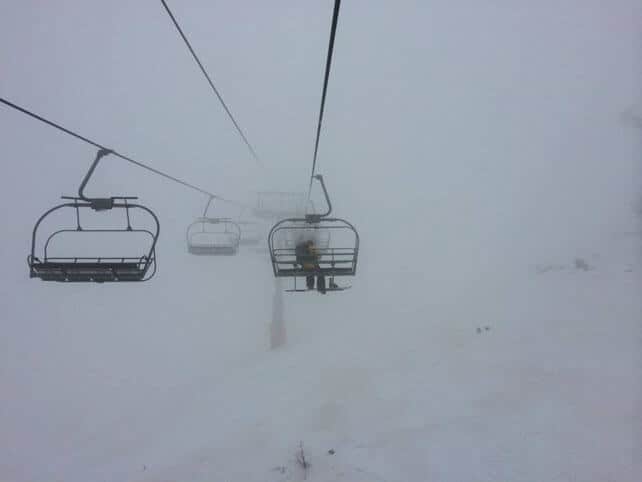 And here is the morning’s video report from Chamonix – there was 20-35cm of fresh snow across the pistes at the weekend.

Meanwhile, pictured below was Le Grand Bornand yesterday. The settled cover here is now 20-165cm deep. Thanks to Olivier at Ski Collection for the photo! 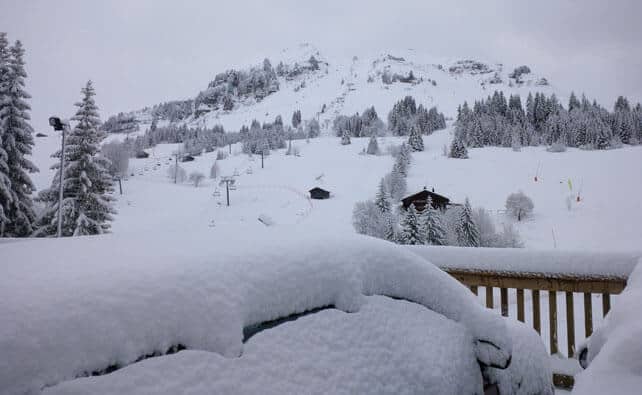 Below is a picture from chalet specialist Le Ski, of Courchevel 1650 this morning. 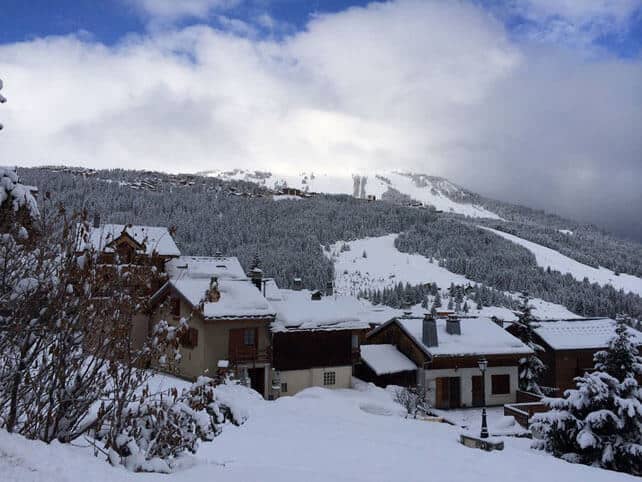 Pictured below, is the scene in Val d’Isere this morning, where the snow is 105-166cm deep. Thanks to John Yates-Smith of YSE for the shot! 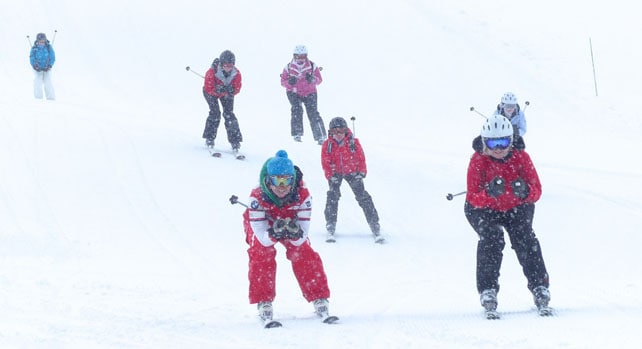 Pictured below is Serre Chevalier this morning, where the snow is currently 50-235cm deep on piste. And, finally, this is the scene in Les Deux Alpes this morning as the skies clear. 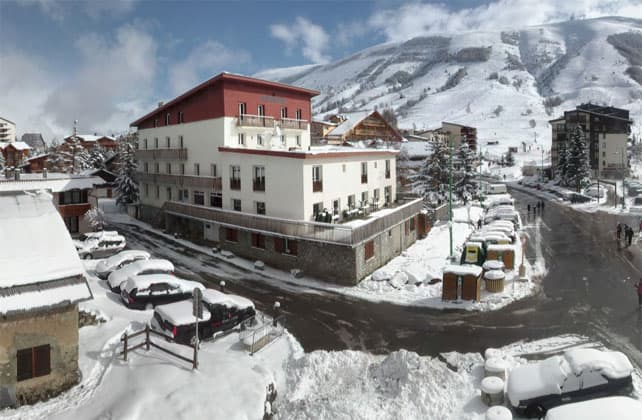 The fresh snow has been accompanied by high winds, and the avalanche risk is considerable as a result – 3/5 in fact, in most resorts. So take care if you’re heading off-piste – and hire a guide.

As you’ll see from our Snow Forecast for the Alps, there’ll be more snow over the course of the week although not in the same quantities as we’ve just seen. However, temperatures are expected to stay low for the time of year. In the French Alps, the freezing point is expected to hover around the 1000-1400m mark for the next three or four days. In Austria, it’ll be around the same level until Thursday, when it will rise to 2000m.

Skiers should expect the sunshine to make the powder heavy, off-piste, below 2000m on south-facing slopes. They’ll probably find the lowest pistes a bit hard and icy first thing in the mornings too. But otherwise, a week of glory awaits anyone out in the northern Alps this week.

Nevertheless, I would still advise picking a high-altitude resort if you’re planning a late-season trip – and in particular one which saw lots of snow in January and February. It was really warm in the first half of March, and in many of the lower resorts the new snow won’t be sticking around for long. Check out our guide to the best resorts for spring skiing for advice on where to go.

Fresh snow in the Pyrenees 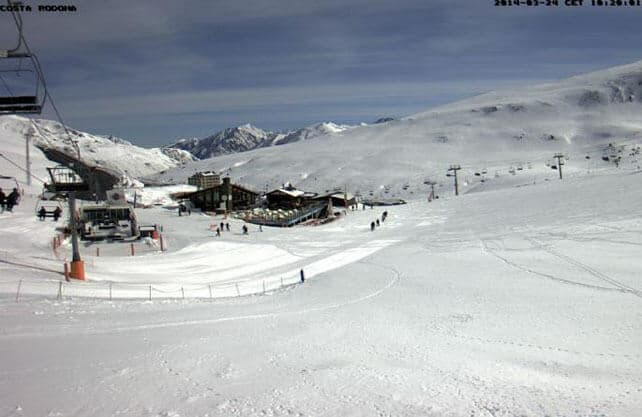 Pictured, above, is Pas de la Casa in Andorra this morning. There was fresh snow here at the weekend, too: and there’s more to come over the next three days. In fact, it looks as though the Pyrenees will get heavier snow this week than the Alps.

Lately, the Canadian Rockies have been the stars of the snow scene across the Atlantic. Fernie is currently reporting 94cm of new snow in the last seven days, and a mid-mountain snowpack that’s 377cm deep. However, from Tuesday night a significant area of low pressure should bring snow to many more resorts in the region. In Colorado, local snow guru Joel Gatz is predicting up to 30cm from the coming storm. In the Pacific Northwest, there’s likely to be significantly more than that.

One Response to “Snow Report, March 24”