When will it snow in the Alps?

That’s the question on everyone’s lips right now, as we roll towards Christmas, with snowless pistes below 2000m, and news breaking of the first round of opening-day postponements from big-name ski resorts. 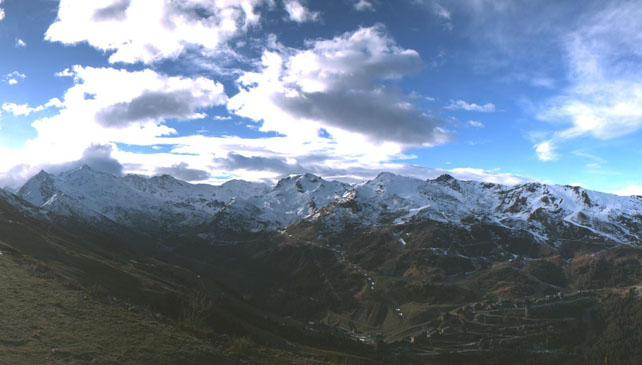 The top end of the Meribel valley this morning. Photo: Meribel.net

Among those which were planning to open on Friday or Saturday were Courchevel, Meribel, St Anton, Lech, the Skiwelt and the resorts around the Sella Massif in the Italian Dolomites. All have now put back their opening days by a week, or are opening lifts to pedestrians but not skiers. 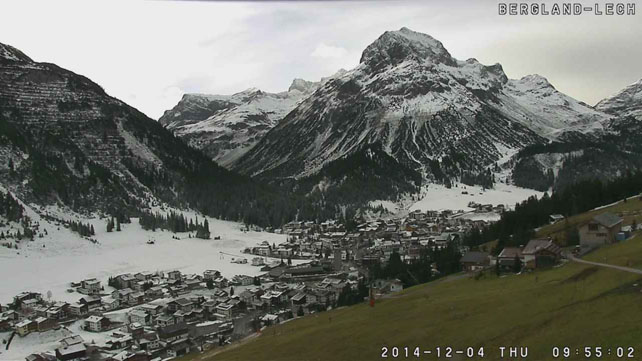 Let’s not forget that several high-altitude resorts are already open, as well as all the glacier ski areas, and some have exceptionally deep cover for the time of year: but this is the moment when the mainstream season is supposed to get going too, and the delay is a big disappointment.

In the short term, a welcome change in the weather is on its way. Friday night will see a significant cooling over the region, with light to moderate snowfall in the west. Here’s how our snow forecast for the Alps is looking for Saturday, December 6. 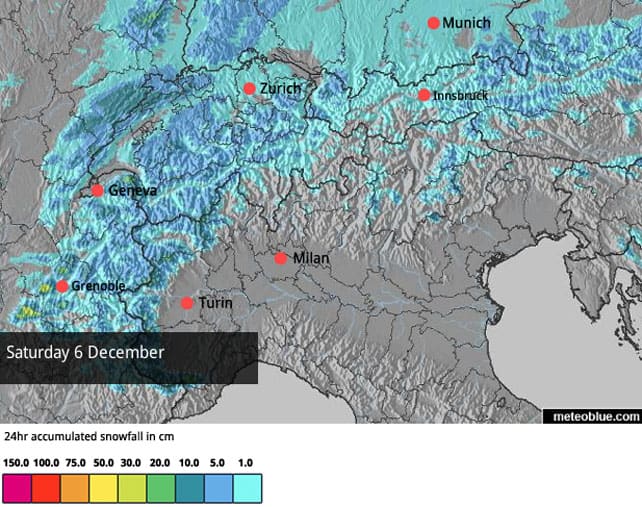 Welove2ski’s snow forecast for the Alps for December 6: light, but widespread snow is expected.

According to French forecaster, Meteo Chamonix, the snow will settle down to 500m on Friday night, and the freezing point won’t be rising much above 800m until Tuesday. There should be another dose of light-to-moderate snowfall on Monday as well, and throughout this period we should see the snow cannons running at full pelt.

Nowhere will the race to make snow be more urgent than Val d’Isere, where World Cup ski racing is due to start on December 13. The resort’s secret weapon is a brand new snowmaking system believed to be the largest in the world outside the US – capable of converting La Face, the racecourse built for the 1992 Olympics, from green grace to FIS acceptable snow cover in just seven days. Let’s hope they’ll have enough time – and some help from Mother Nature, too.

Beyond Tuesday, however, the outlook is uncertain. Earlier this week, there was consensus amongst the mid-range weather forecasts that on December 11 we’d see a rush of very cold air into the region, accompanied by snow. But the consensus is now breaking down, and it seems the weather could go either way. Europe’s ECMWF is still forecasting the onset of winter. America’s GEFS is predicting high pressure over the region and a mild, sunny spell.

In other words, despite the cooling off this weekend, it’s still too early to say if we’ll see a decisive shift towards good skiing weather. But at least the outlook will be clearer by Monday.

Mind you, it’s a complicated situation across the Alps, even now. Check out the photo, below, of the Grostè area above the Italian resort Madonna di Campiglio, yesterday. Set at the western end of the Dolomite’s Madonna has enjoyed several local snowstorms in recent days, and although it’s been mild lower down, the upper slopes are in great shape. It’s snowing there again, as I write. 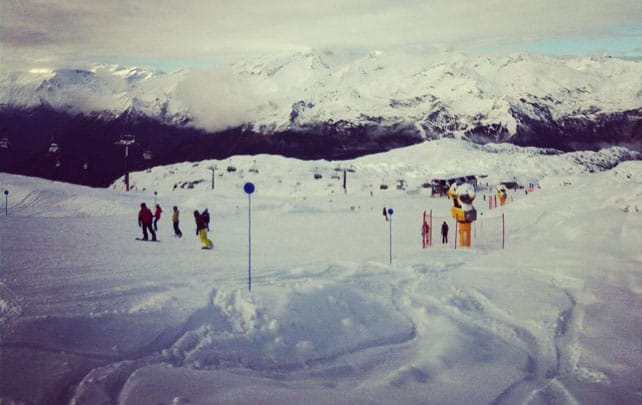 And here’s how Val di Fassa, at the other end of the Dolomites, is looking this morning. No pistes are currently open here, but the snow now falling will surely help them catch up with the season. 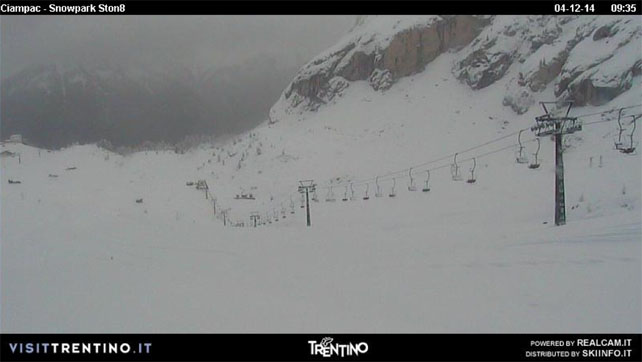 Pictured, below, is high-altitude Cervinia, above Italy’s Aosta Valley, which was walloped by snow in mid-November, and continues to offer some of the best skiing in the Alps. 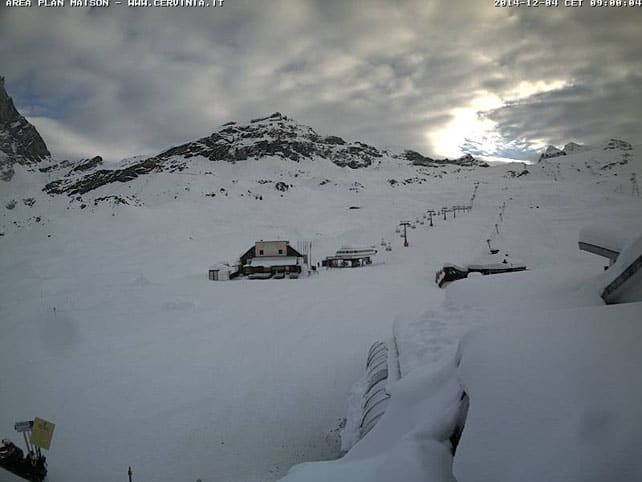 Pictured, below, is Obergurgl in Austria, which is also getting snow today, and has excellent skiing on its upper slopes, whenever skies clear. The settled cover here is up to 90cm deep.

Meanwhile, this video, shot in Ischgl yesterday, shows the good piste-skiing conditions on the top half of the mountain, above 2500m. Currently, a 72km of its pistes are open.

Finally, pictured below, is the scene yesterday up high in Val d’Isere. Only six pistes are currently open in Val, but as is common across the region, there’s no shortage of snow on the very highest slopes. 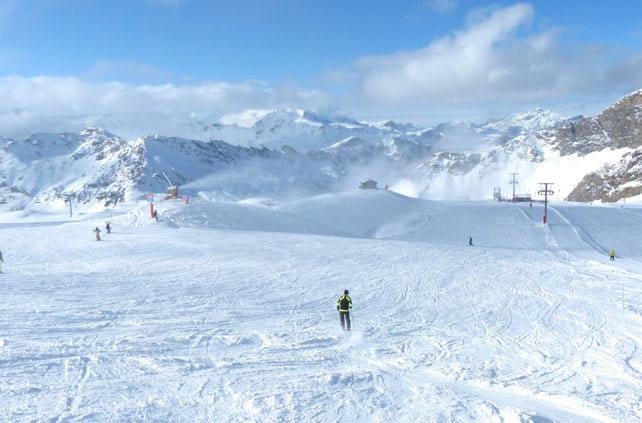 If you want to book a trip now for either December 13 or 20, I’d say hang on a few days to see which way the weather goes next week, in case the heavens open and suddenly the lower resorts see heavy snow: in which case, if you’re quick you could beat the scramble to bag one of the ultra-cheap, very-late-booking deals which are now flooding the market. Or else, to be safe, aim high, for the likes of Val Thorens, Tignes, Obergurgl, Ischgl and Cervinia, where there’s already decent piste skiing on offer.

A mild spell has hit the American west 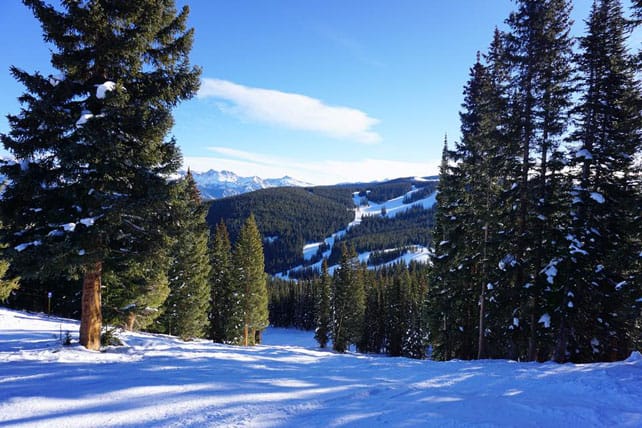 After all the snowy excitement of November, December in the American Rockies has started on a milder, drier note. There have been spells of sunshine in most resorts, but also patches of warm, windy weather, and the occasional bout of snow. In Colorado and Utah, no significant snowstorms are now expected until the end of next week, at the earliest, which is making local skiers rather twitchy. But despite the shortage of fresh powder, there’s still decent cover on the groomed trails. In Vail, Colorado for example, the mid-mountain snowpack is 56cm deep. In Utah, Snowbird reports 81cm of settled cover. 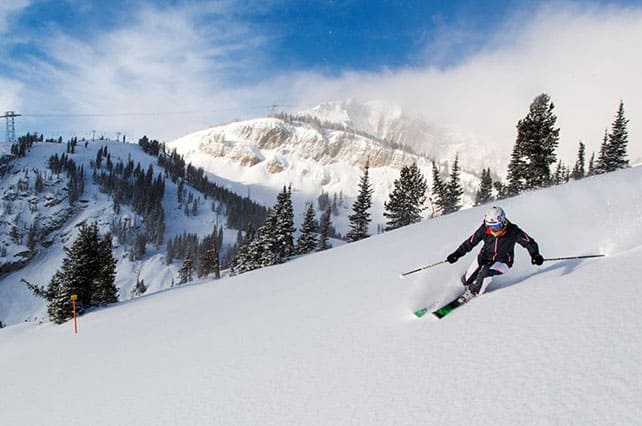 Meanwhile, further north, Jackson Hole in Wyoming has had some of the heaviest early-season snowfall (223cm so far, mid-mountain) and reports settled cover of 104cm on the trails. 100% of its terrain is already open. It too is facing a drier spell over the next three or four days, with a mix of sunshine and flurries in the forecast, but there’s a chance of a heavier snow next Tuesday. 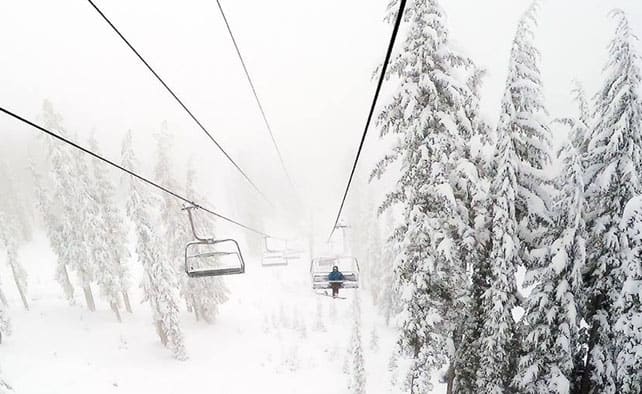 By way of contrast, the Californian resorts have had a slow start to the season, but they’ve seen fresh snow in recent days, and there’s more in the forecast for the weekend. Yesterday, Heavenly, above South Lake Tahoe, was claiming 30cm over the last week. Northstar. at the other end of the lake, has had rather more than that – 63cm in the last week, and is opening up new terrain as a result.

Beautiful weather in the Canadian Rockies 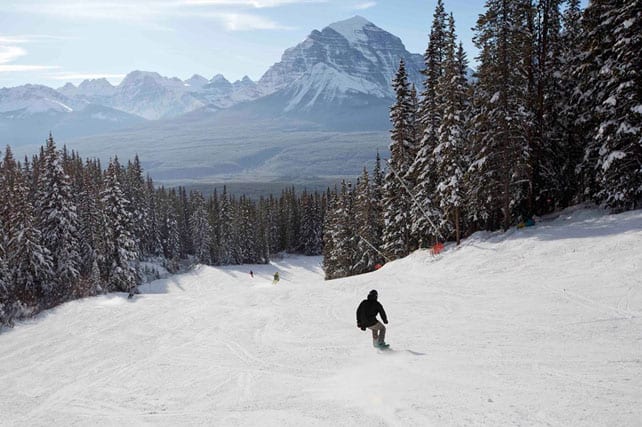 After heavy snow last week, the Canadian Rockies have been enjoying some sunshine. Temperatures have been rising too. On Monday, the daytime high in Lake Louise was -19C. Today it’s going to hit the balmy heights of -11C. Currently, the mid-mountain cover is 80cm deep, and there should be more snow at the weekend, as the weather becomes more turbulent – a pattern which is likely to bring considerable amounts of the white stuff to Whistler next week.

No Responses to “Snow Report, December 4”