Lucky are those who are in the mountains right now. The sun’s out, temperatures are low, and the early-season snow is exceptional. The slopes are more or less deserted, too. It’s a day to seek out some untracked powder, get your edges up on soft, grippy pistes, or maybe just sit back and soak up the view… 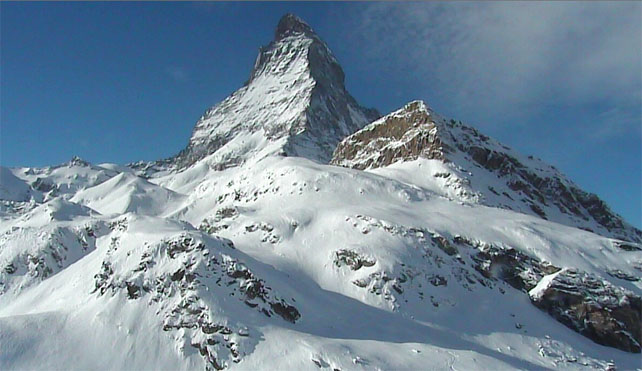 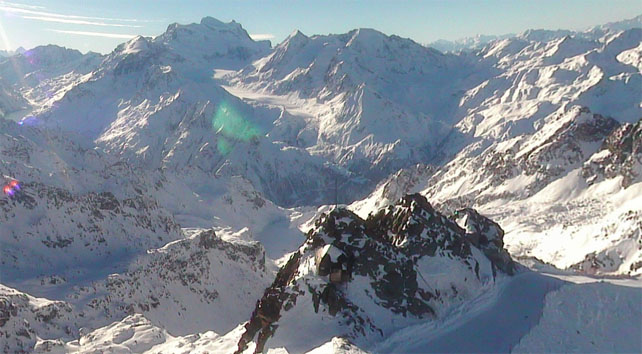 Among the lucky few skiing today is my fellow editor Peter Hardy, who’s in Tignes running his early-season clinics. He sent pictures of conditions there yesterday: which occasioned a few moments of green-eyed jealousy, as you can imagine. 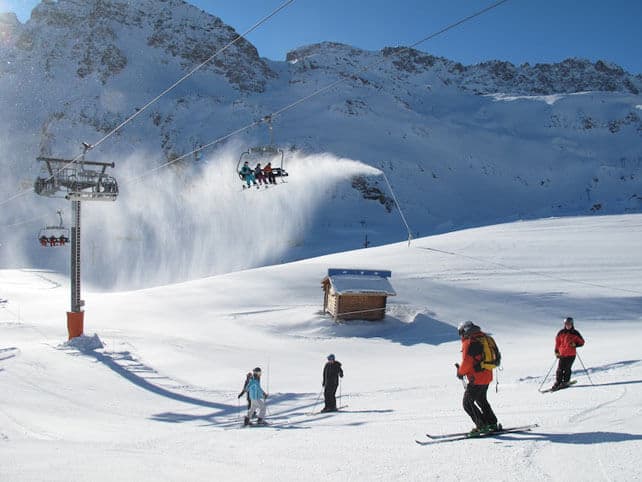 “Unquestionably the best November snow conditions  on the Grande Motte Glacier that I have experienced in the last 19 years,” he reported this morning. “-15C and a clear blue sky – this is perfect January skiing a month ahead of schedule.”

Meanwhile, beneath the Matterhorn, the Warren Smith Ski Academy was having another cracking day skiing between Cervinia and Zermatt. “Slinging it in on the glacier here above Cervinia and Zermatt. Quite possibly the best piste skiing ever!” was the comment on its Facebook page. Which might be an exaggeration, but an understandable one. When early-season skiing is as good as this, it’s hard not to get euphoric. 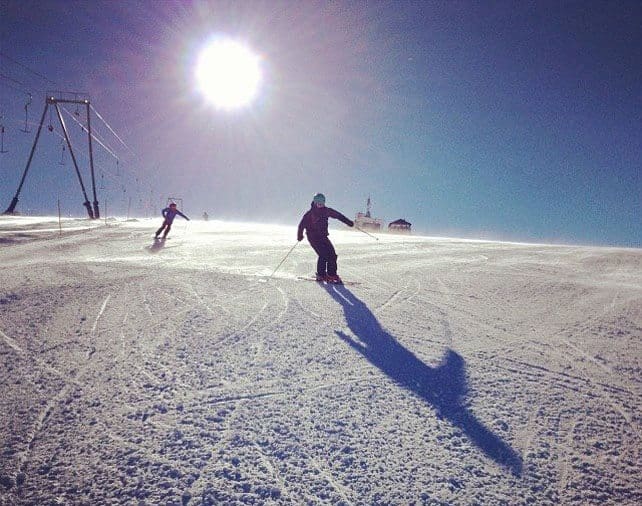 It looks as though conditions were pretty good yesterday on the Hintertux glacier, too. The opening event of the Telemark World Cup starts here today. 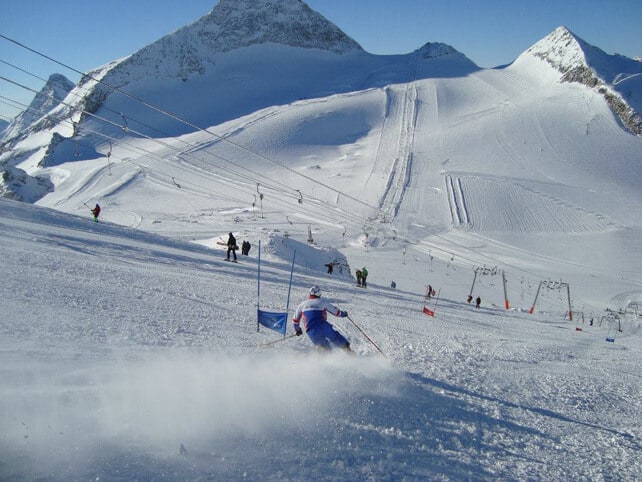 And this was Val Thorens in the Three Valleys this morning. Val T opened last weekend: and clearly, if you like a bit of elbow room when you ski, it’s a good day to be out. 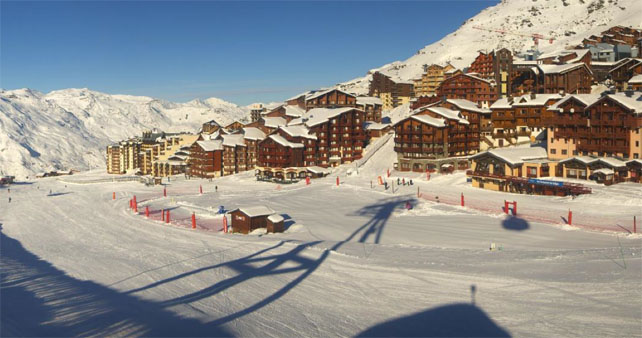 There will be a lot more skiing on tap from Saturday

If you’ve been following the Welove2ski Snow Report, you’ll know why conditions are so good right now. There were big dumps in the Alps on November 10, November 15, November 19 and November 21 – with plenty of dustings and flurries in between. Initially, Italy, France and the western half of Switzerland got the lion’s share, but at the beginning of this week Austria caught up, thanks to its own localised bout of snowy weather. Several ski areas there – including the Skiwelt –  are now planning to open early at the weekend; and Kitzbuhel will also be opening significant amounts of new terrain to take advantage of the excellent early-season conditions. 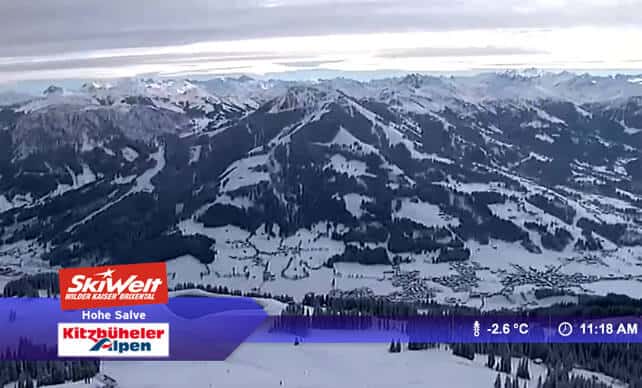 The scintillating slopes of the Choralpe, seen from the Hohe Salve. Photo: skiwelt.at

They’ll be joining a raft of other resorts opening full time for the start of the season – including Ischgl, which opens today and Val d’Isere, Verbier, Les Deux Alpes, the Grands Montets above Chamonix, Monterosa, Courmayeur, parts of the Dolomiti Superski area, Madonna di Campiglio and Mayrhofen,  on Saturday. 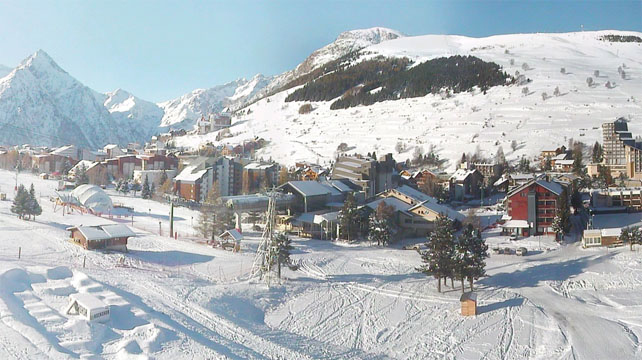 There are limited weekend openings too – for example at Alpe d’Huez and La Clusaz.

This weekend also sees a rather natty event in St Moritz – the City Race, a two-man ski-cross event set in the heart of town. Check out the promotional video.

Wish we could do that in London…

There’s a little more snow on the way, too

After a long period of uncertainty, the forecast for the weekend has settled on only light to moderate snowfall, accompanied by a drop in temperatures. French forecaster Meteo Chamonix expects the snow to fall down to 500m.

Here’s the Welove2ski snow forecast for the Alps for Saturday. The Welove2ski snow forecast for the Alps for Saturday.

After that, high pressure and sunshine look set to reassert themselves over the region: although the mid-range weather charts are suggesting change around December 6, with another cold and snowy spell to come. It’s too soon to say for sure, though, and in the short term at least it looks as though the spectacular run of storms that dominated late October and most of November is over.

The Pyrenees have had a cracking start to winter, too

You’ll have seen from our November 25 Snow Report that the Pyrenees have had a Snovember too. The conditions for the opening weekend at Baqueira-Beret in particular were spectacular, but the Grandvalira in Andorra also opened for a winter preview last weekend and gets going full-time on Saturday. What’s more, snow is in the forecast here, and it looks like it will be heavier and more prolonged than in the Alps.

Pictured, below, is Baqueira this morning. 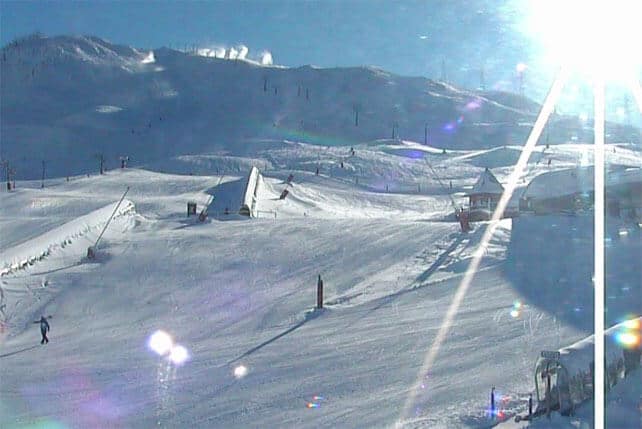 In the western US and Canada, more snow is coming

It’s been dry, sunny and mild in many parts of the American and Canadian west this week: but that’s about to change. The Pacific Northwest will see snow first, and in Whistler it looks as though a proper dump is on the way, with 30cm+ in the forecast over the weekend.

In Colorado Snow forecaster Joel Gratz is calling for a dusting on Saturday night and then a period of heavier snow beginning on Tuesday – which is exciting, as I’m off to Breckenridge at the weekend! Utah is expecting heavy snow from Monday. Today is Thanksgiving in America, and the last big-name resorts of the west have just opened, or are about to – including Beaver Creek and Steamboat (yesterday), Big Sky and Jackson Hole (today), and Canyons Resort tomorrow. 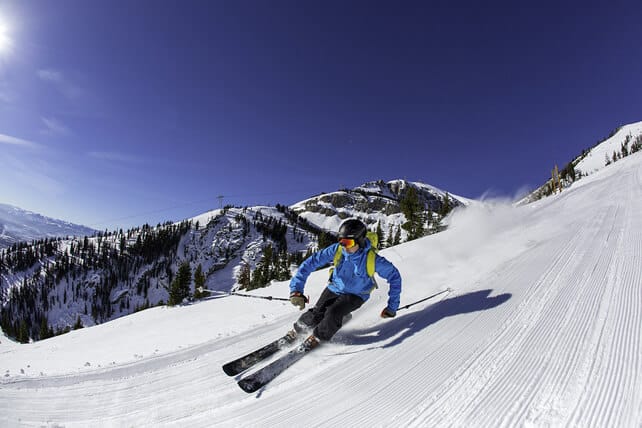 Sneeking in a few turns at Jackson Hole, the day before the official opening. Photo: © jacksonhole.com